Esther David is an Indian author who lives in Ahmedabad, Gujarat, India. She writes in English and her novels are based on the Jewish experience in India. She weaves her stories around the Bene Israel Jewish community of India. Esther David has received the national Sahitya Akademi Award for 2010 for English Literature from the Government of India.

Esther David’s novels are based on the Jewish experience of living in India. She is often known as an Indian Jewish Author. She has also received  the Hadassah Brandeis research award with photographer Bindi Sheth to prepare a photo-documentation on the Jews of Gujarat. Exhibitions of the same were held in Ahmedabad, Vadodara, New Delhi and Bangalore.

Esther David was Writer in Residence at Villa Mont Noir, France in 1999-2000 and at St. Nazaire, France 2001-2002 and co-ordinated a review magazine on Indian literature for Maison des ecrivains et Traducteurs. Esther David was art critic and columnist for Times of India Ahmedabad edition, Femina Gujarat, Ahmedabad Times and Ahmedabad Mirror from 1979 – 1993 and 1996 – 2011, where she wrote about city, heritage and food.

2000 – The commemorative volumes by Penguin India for 20 years in publishing have included extracts from Book of Esther for Volume-1.

2001 – Participated in seminar by Asmita and Womens world, Hyderabad.

2002 – Participated in Les Belles Etrangers, a 15-day conference of 20 Indian writers, organized in France by the French Ministry of Culture.

2005 – Participated in Remembered Rhythms in 2005, at American Institute of Indian studies, New Delhi.

2008 – The Worry Box and the laughing Lady; a short story was published in – The anthology: City Stories by Scholastic India.

2008 – Nanki Chirai – a short story was included in Jasbir Jains anthology; “Growing up as a Woman Writer”  for Sahitya Academy New Delhi 2008.

2008 – Israeli scholars Dr. Shalva Weil and David Shulman authored the book KARMIC PASSAGES and wrote a chapter on Esther David – The Bene Israel Jewish novelist who grew up with a tiger. 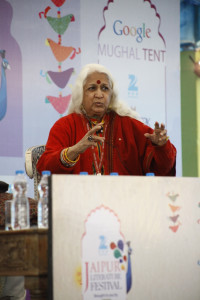 2011 – Keynote speaker at International Symposium at Faculty of Humanities at Indian Institute of Technology, Gandhinagar.

2012 – Participant and speaker at Festival of India in Israel.

2014 – Participated in an international conference on The Jews of India at Indira Gandhi National Center for the Arts, IGNCA, New Delhi.

2017 – Novemeber – Israel – Esther David was part of a six member writers delegation to Tel-Aviv, for a symposium on Indo-Israeli Literature : Past, Present and Future, organized by Indian Embassy in Israel, Sahitya Akademi, New Delhi, the Hebrew Writers Association, Israel, where she spoke about Indo-Jewish literature.

2018 – January 2018 – Esther David was speaker at Jaipur Literature Festival for “Shalom: Indian Jewish Fiction,” and “Cities: Past and Future.”

2019 – January – Kochi – Esther David spoke about her father – “Reuben David – The Jew and the Zoo”, at a conference, “Jews in India-Jews of India.” by Sri Vishnu Mohan Foundation.