Intrigued by the common thread that binds the Indian Jews as a whole despite their living in different parts of the country, Esther David explores the lifestyle and cuisine of the Jews in every region, from the Bene Israelis of western India to the Bene Menashes of the Northeast, the Bene Ephraims of Andhra Pradesh, the Baghdadi Jews of Kolkata and the Kochi Jews.

BOMBAY BRIDES is a novel by ESTHER DAVID published by HarperCollins publishers in November 2018.

Bombay Brides is about home, heritage, rites, rituals and roots. It offers the delights of Sahitya Akademi Award-winner Esther David’s exquisite light observations on what it means to be last surving members of a diminishing community, accompanied by her marvellous, evocative illustrations.

Ahmedabad – City with a past 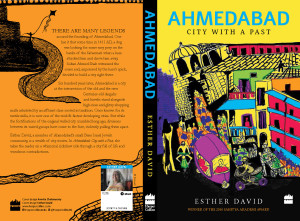 Ahmedabad – City with a past also an e-book published by HarperCollins Publishers, India. The illustrations in this book are by Esther David

Esther David has been collecting the city-stories of Ahmedabad for many years and has been trying to understand the changing face of the city. The narrative explores Ahmedabad, a city which stands at the intersection between its ancient monuments and modern day high rises and glitzy shopping malls. So, in this book, Esther David weaves a rich tapestry of a fascinating multi-cultural city like Ahmedabad with its myths, legends and stories.

Esther David says,”…cities exist in my mind and I often recreate my own cities with its fables and city-stories, which are the soul of the city.” 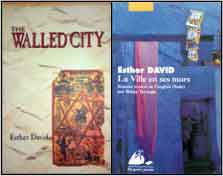 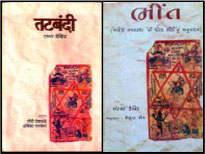 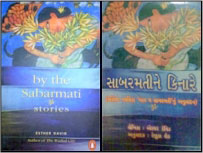 By the Sabarmati is a collection of twenty two extraordinary stories based on the lives of women, their dreams, aspirations, defeats and victories. The book is translated into Gujarati by Renuka Sheth, as “Sabarmati ne kinare”, published by Navbharata Sahitya Mandir, Ahmedabad.

This is a historical novel spanning five generations of a Bene Israel Jewish family in western India. It explores Jewish family life in India and is loosely based around the author’s family. Parts of which are based around the Megillat from the Bible. It also revolves around the family’s power to heal and a deep empathy for wild life as the author’s father makes a zoo in Ahmedabad. All these stories are accompanied with the human drama of their personall lives. It is also a chronicle of the unique Jewish community of India.

It is a novel set in Danda, on the picturesque Konkan coast in western India, where Rachel’s story is woven around a Synagogue and also the revival of traditional Bene Israel Jewish food. Esther David weaves a heart-warming tale of a woman’s battle to live life on her own terms. Book of Rachel is translated in French as LE LIVRE DE RACHEL.

Book of Rachel was awarded the national Sahitya Academy Award in 2010 for English Literature, during Rabindranath Tagore’s 150TH birth anniversary. Book of Rachel was translated in French by Sonia Terangle and published by Editions Heloise d’Ormesson, Paris, France.

In My Father’s Zoo – Esther David wrote MY FATHER’s ZOO in memory of her zoologist father Reuben David who made the zoo complex and  Kamla Nehru Zoological Gardens in Ahmedabad. A book for all ages, it is all about growing up in a zoo.

2. My Father’s Zoo was translated in Gujarati by Chirantana Bhatt as MARA DADDY NU ZOO by R.R.Sheth & co. Ahmedabad and is available at www.rrsheth.com 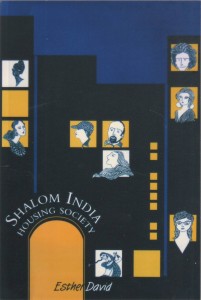 Set in fictional society in Ahmedabad, this novel weaves together the lives of its residents through a series of events that capture the dilemmas of the last Bene Israel Jews of Ahmedabad. Shalom India Housing Society was re-published by Feminist Press, U.S.A., 2009.  Esther David  was included in the calendar of Hadassah-Brandeis University U.S.A. 2010-2011, where she was acclaimed as one of twelve best known Jewish women authors of the world.

The Man With Enormous Wings

Esther David’s novel deals with the communal riots of Ahmedabad in 2002, as she refers to Mahatma Gandhi as The Man with Enormous Wings as he flies over Ahmedabad to stop the violence. 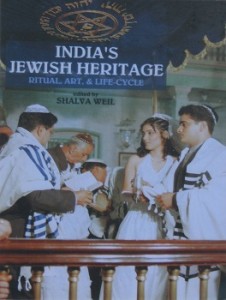 The Jewish Heritage of Gujarat

The Jewish Heritage of Gujarat – Co-authored by Esther David and Anil Mulchandani for U.K. based book published on  – Demystifying India, 2012

I AM A SEED OF THE TREE, a book about the last Bene Israel Jews of Gujarat, with photographs by Bindi Sheth, booklet published by India International Center, New Delhi as Occasional Publications.

Gattu Tales were written for Book Box to create awareness of nature in children.